John planned and is now in 2020 managing the construction of the new toilets for the Ruli primary school.

He is 32 years old, married and the proud father of three-year-old twins.

We have known John for almost 25 years, as he grew up in the orphanage of the Spanish Dominican Sisters. There we often met, talked and played together, first children’s games and later, of course, football. The sisters enabled John to study civil engineering, and he successfully completed his studies in 2014 in Kigali. Since then he has been in charge of many large construction projects in Ruli, including “Yaounde Village”, a settlement for orphans and their families, which the deceased Sister Rosa has provided to her protégés.

John says about himself: 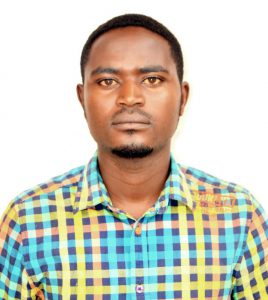